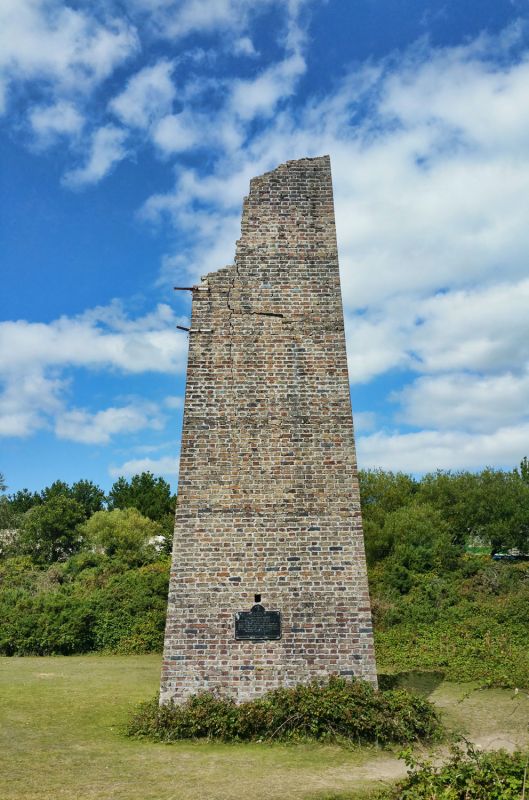 All that remains of the Point Mills arsenic refinery near Bissoe is this chimney. The British Arsenic Company (which became the Cornwall Arsenic Company) operated these works for a century, ending with the outbreak of WW2 in 1939.

Arsenic is a byproduct of the tin smelting process but also had an important commercial use. The arsenic produced by these works was of a particularly high quality and was exported for use in cotton plantations where it was used in insecticides to control boll weevil