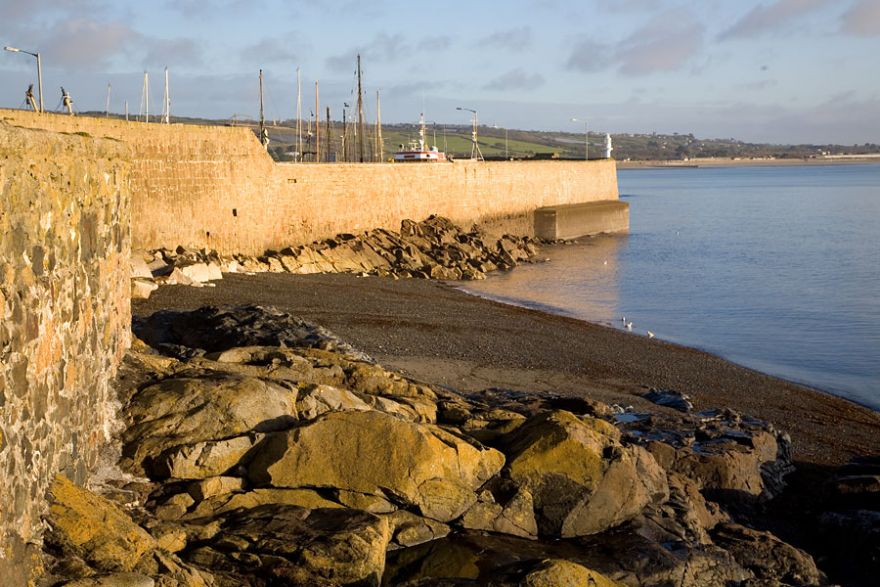 Penzance's historic South pier, the centre of much acrimonious wrangling over the extension of the Scillies ferry plan. The plan was pretty much scuppered when English Heritage raised the status of the South Pier to Grade II* listed. The pier is one of best preserved early Cornish harbours and the proposed plan would have seen it largely buried under the terminal. Objections were also raised on the grounds that the beach here would also be lost.

As it stands all plans for development appear to be on hold.