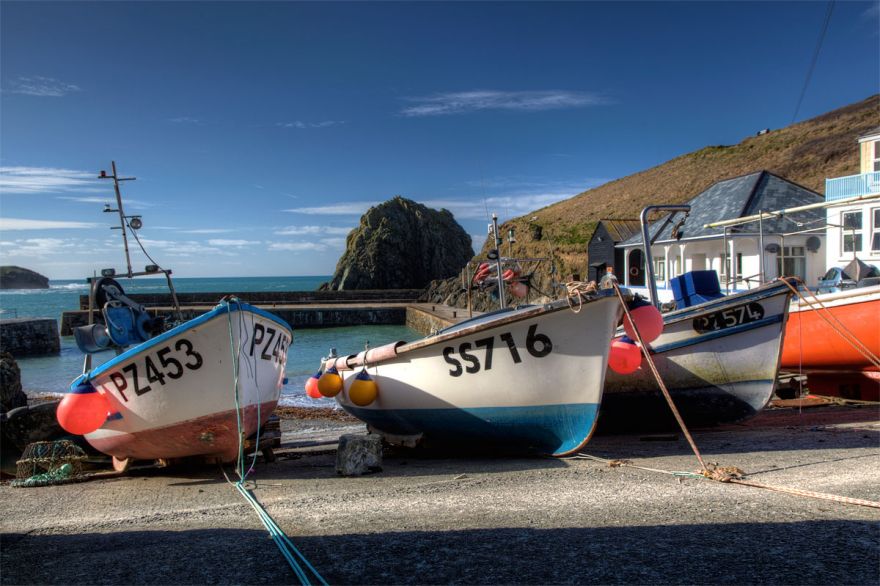 Small fishing boats pulled up on the slipway at Mullion Cove.

Mullion is the only harbour on the western side of the Lizard and it isn't difficult to see why. You can see the swell hitting the island behind and it gets a lot livelier than this. This stretch of coast is often as exposed to swells as the North coast and waves often break over the harbour wall here.

Most of my photos this particular day were thwarted by construction workers in bright orange boiler suits repairing the harbour wall after the storms the previous year.