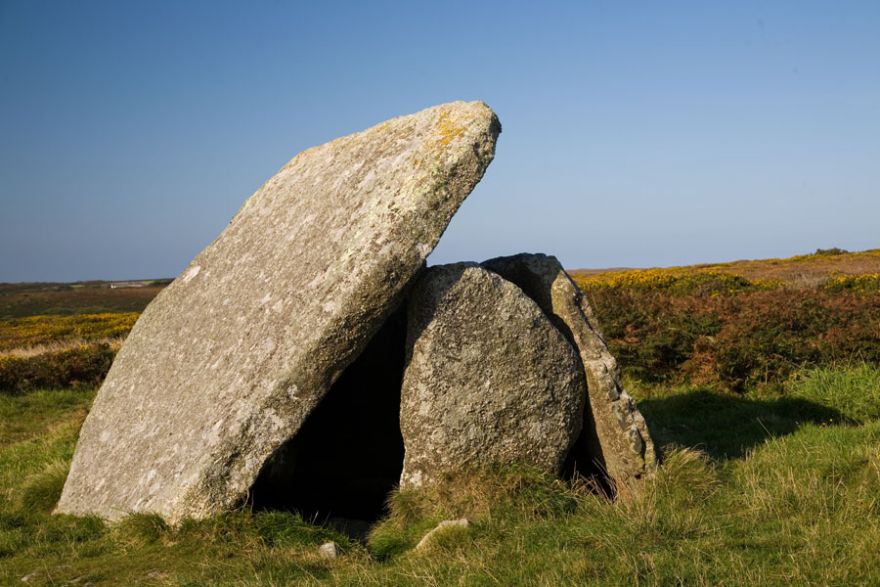 Yet another view of this Bronze Age burial chamber.

The 5 ton capstone now lies at 45 degrees after it was reputedly dislodged during a mighty thunderstorm in 1752 - apparently the same fate that befell Lanyon Quoit which was rebuilt in the 19th century.

The site, high on the West Penwith moors has several nearby barrows