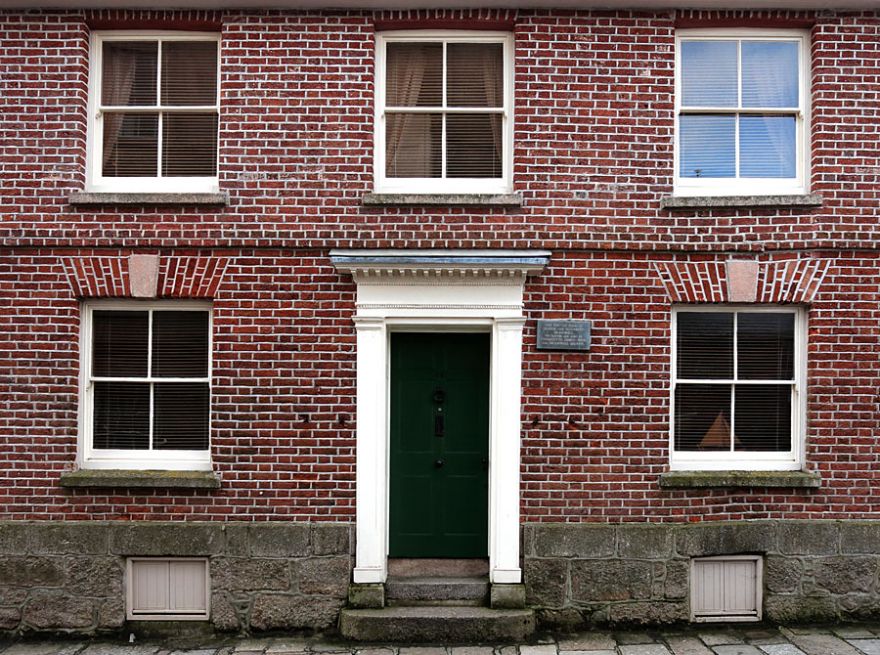 This house was the home of Maria and Elizabeth Branwell, the mother and aunt of Charlotte, Emily, Anne and Branwell Bronte. It is located towards the bottom of Penzance's historic Chapel Street.

The Bronte sisters were famous for books such as Jane Eyre and Wuthering Heights and have always been strongly associated with Yorkshire. However, their mother, Maria, was from a very prominent Penzance family.

Maria Branwell left Penzance for Yorkshire in 1812 when she was married. Sadly she died a few years later and her sister, Elizabeth, moved from Penzance to look after the children.

The house itself is unusual for Penzance in that it is built of brick. It is part of a short terrace referred to as the Rotterdam Buildings. The story is the bricks were confiscated from a Dutch cargo ship by local buccaneers.