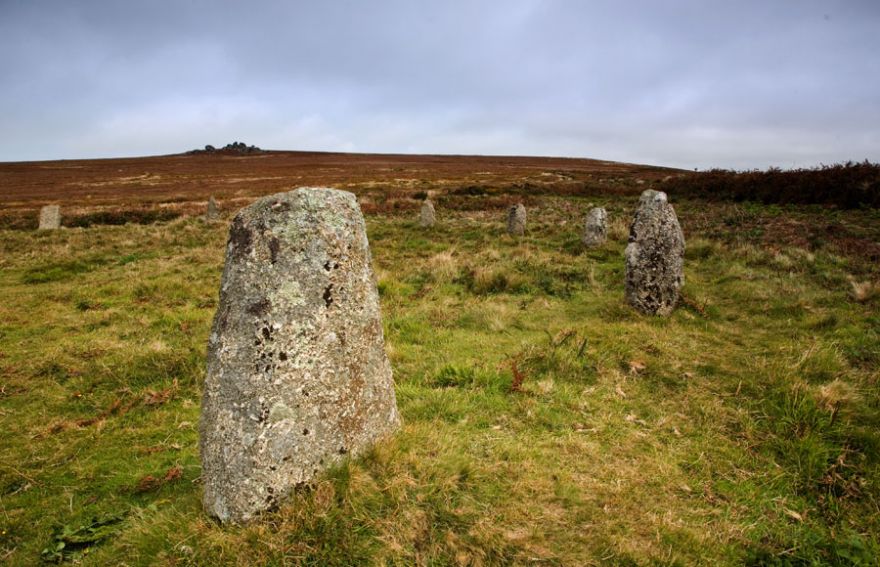 The Tregeseal East stone circle, or Dancing Stones as they are also known.

Probably dating back to the early Bronze Age this circle is the only one of three that remain on the southern slopes of Carn Kenidjack (which you can see in the background).

Tregeseal East consists of nineteen stones, although originally it is thought to have had 21. Around about half of these stones, on the western side, have been re-erected in restorations over the years.