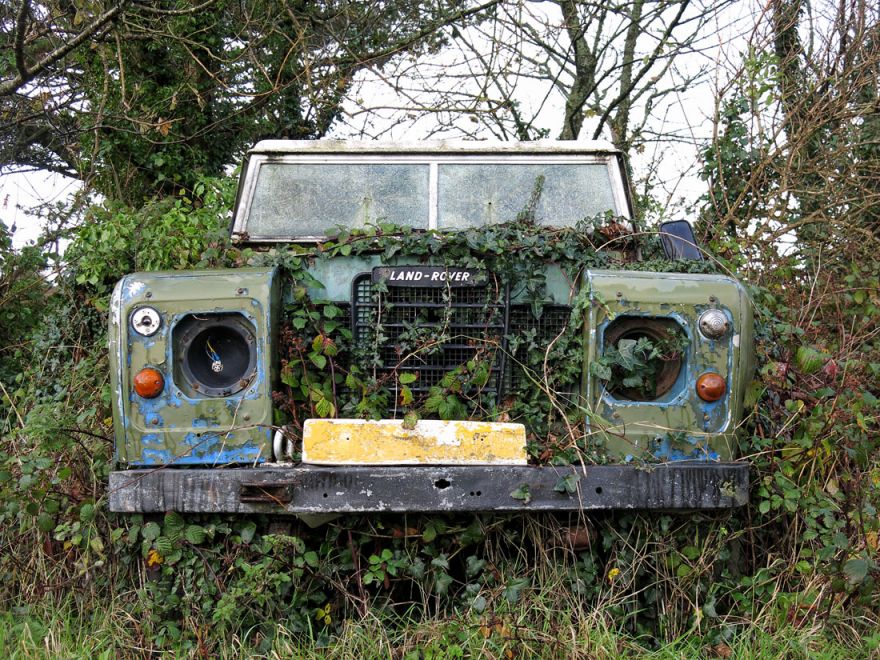 By the looks of it this Land-Rover Defender is slowly making its way through the undergrowth and out of the hedge. Or at least that's one possibility.

As a rule I'd be fairly outraged at seeing most cars abandoned in a hedge. However, Land-Rovers are almost part of the countryside already so this kind of seems in keeping.

Have to say though, it still looks in better nick than some of the cars I've owned in the past.