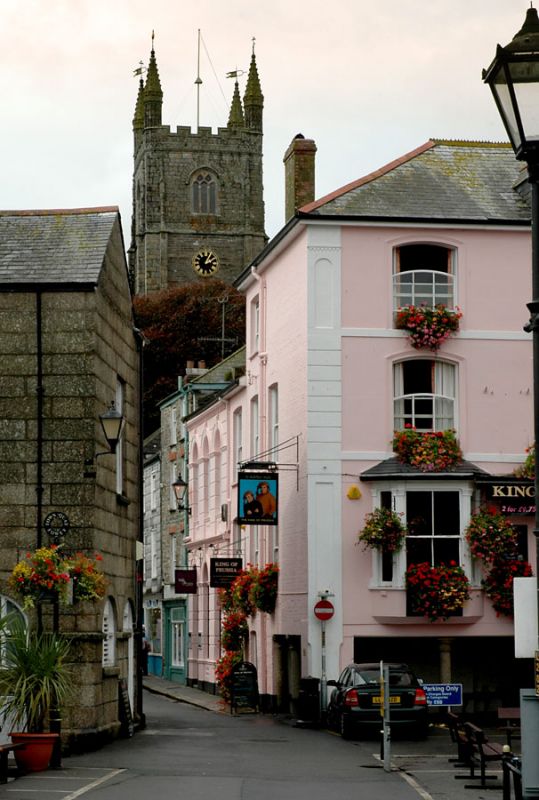 There is a better version of this view here: Market Street - Fowey The King of Prussia hotel in Fowey dates back to the 17th century. It gets its name from John Carter, smuggler extraordinaire, who was nicknamed the King of Prussia. It is said that he spent some time at the inn during the 1780s. The lease of the hotel has been owned by St Austell Brewery since 1895, the land is still owned by the Treffry family. Behind you can see Market Street and the parish church, St Fimbarrus with its inordinately tall tower.