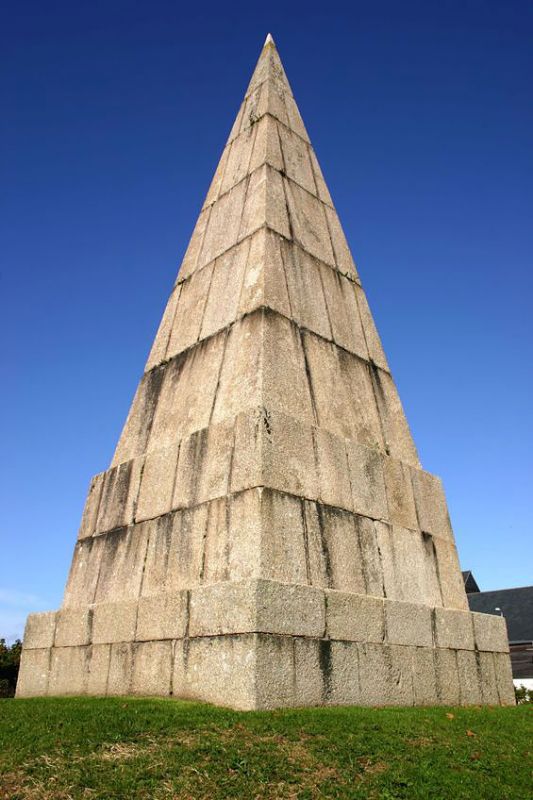 The Killigrew Monument opposite Arwenack House on Falmouth's harbour front. It is named after what are considered Falmouth's founding family, although there is no inscription anywhere on the pyramid to confirm this.

The monument was erected in 1738 by Martin Lister who took the Killigrew family name after marrying Anne Killigrew. Although they hoped to continue the family line they were unable and that was the end of the Killigrews.