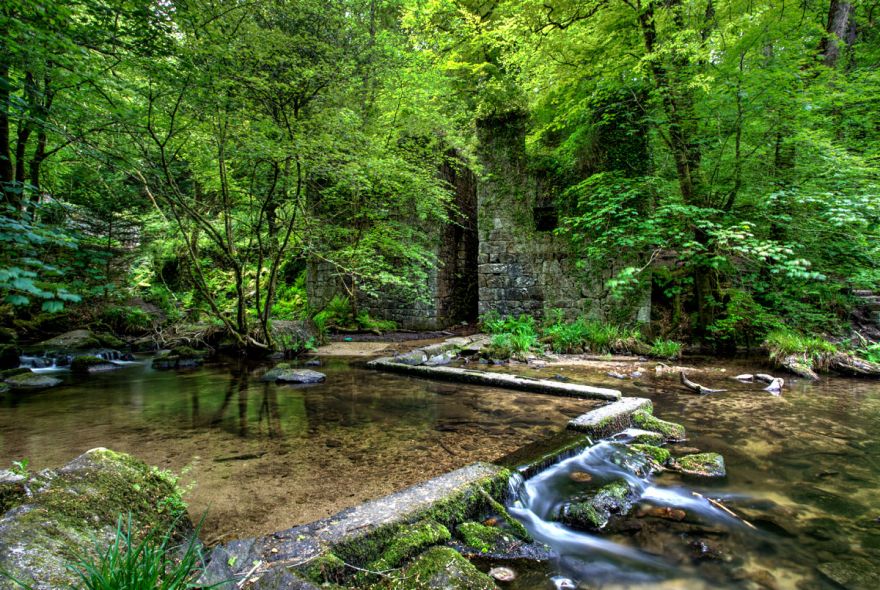 One of the old gunpowder mills that line the river Kennall as it travels down the wooded valley to Ponsanooth.

There are about six or seven mills along the length of Kennall Vale all of which have this same design of a gap which would have housed the waterwheel between twin granite sections.

The powder mills operated between 1812 and 1914, presumably largely supplying the local mining industry. Eventually gunpowder was replaced by gelignite and dynamite and the mills shut.

During the 100 years they operated there was only one explosion. It was sufficiently powerful to reportedly blow the roof of one of the mills a mile away. Fortunately only one man was killed; unfortunately he was married with ten children.