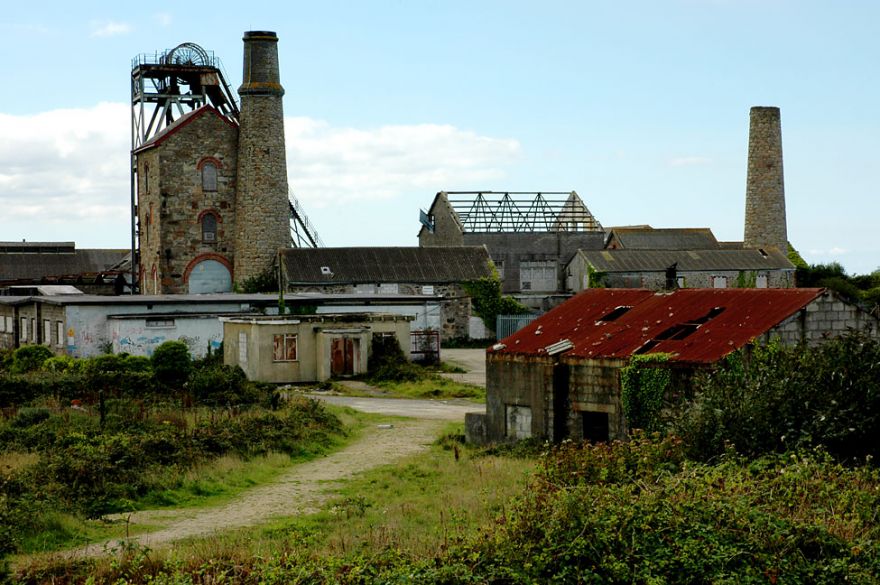 The part of the South Crofty mine site in Pool that is now Heartlands. This photo was taken back in 2005 and shows the state of disrepair and dereliction of the site.

The centre piece of Heartlands is Robinson's Shaft. This can be seen to the left of the photo. This was the main shaft at South Crofty in the early 1900s reaching down nearly 1,500 feet. The engine house was initially used to power a pump, however later on, as the mine layout changed, the shaft became used for lifting men and equipment.

Now-a-days this site has been spruced up completely and is once again an asset to the community. There is park space, a cafe, office buildings and the workings of Robinson's Shaft have been largely preserved.