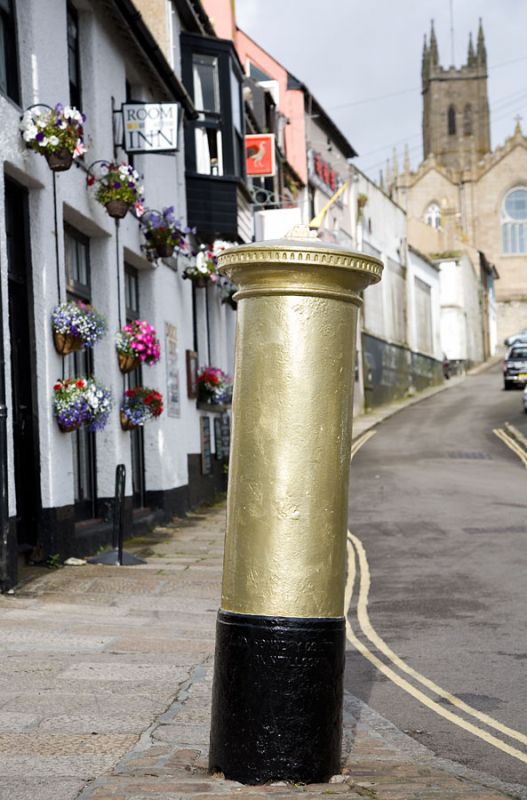 The Royal Mail post box on Penzance's quayside painted gold in honour of Helen Glover's achievements in the 2012 London Olympics. Raised in Penzance, Helen Glover won a gold medal in the rowing pairs.

The King George VI post box is located at the bottom of Quay Street and was chosen as it was one of the oldest in the town. Don't know how long it will remain golden, hopefully for at least another 4 years.