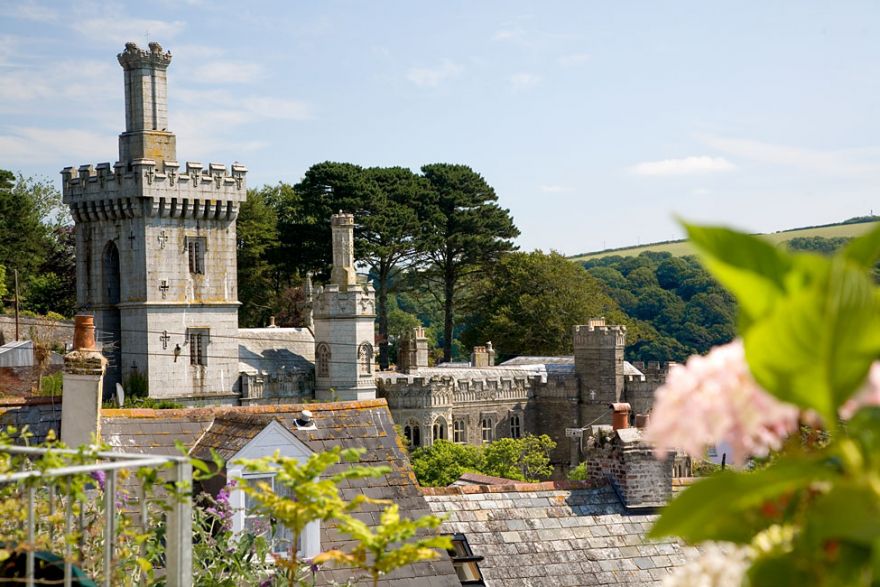 Looking over the rooftops is one of the only ways to get a proper view of Place House in Fowey. The house is still privately owned by the Treffry family as it has been since the 13th century.

The oldest part of the existing building is the tower dating back to the 15th century. The castellation isn't just for effect either, the house was defended in 1475 from the French, allegedly single handedly by the lady of the house, Dame Elizabeth Treffry.

The hall to the right is known as Porphyry Hall, a reference to the stone it is made of. Porphyry is an igneous rock related to granite consisting of large-grained crystals, such as feldspar or quartz. The rock used here was quarried on Goss Moor.