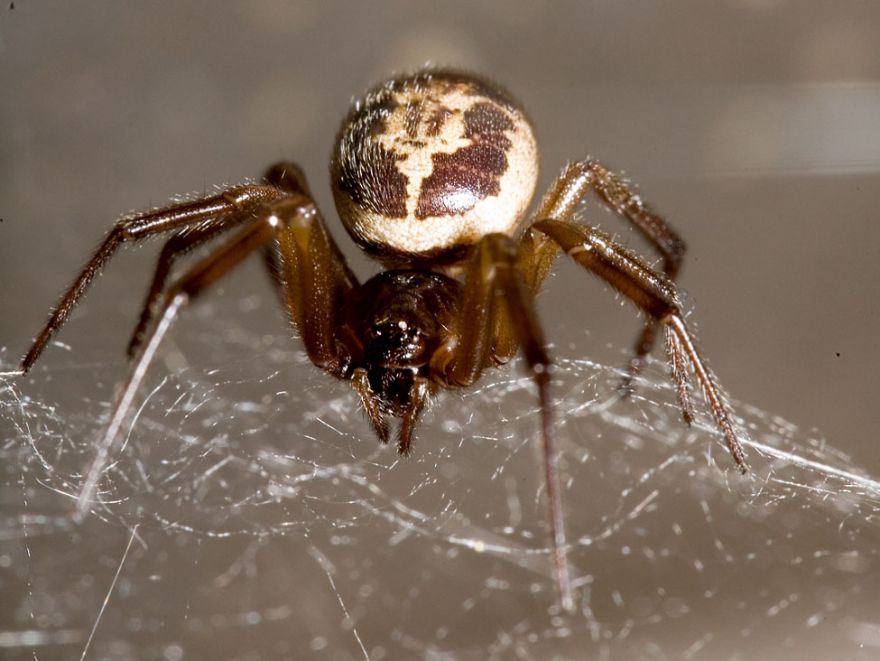 A fine example of Steatoda nobilis, the false widow spider, found living in the utility room of our house. This is Britain's "most dangerous spider". That said, it isn't any more dangerous than a wasp or bee, plus it can't fly!

Whilst the false widow spider is definitely capable of inflicting a painful bite on humans it is a very rare occurrence. These spiders are not generally aggressive and spend much of the day hiding.

It is believed first arrived in the UK in fruit crates from the Canary Islands in Torquay around 1879. However, it seems over recent years the number of these spiders has increased in Britain and has now spread beyond the South West. Whatever the case, I can confirm they have reached the west of Cornwall!