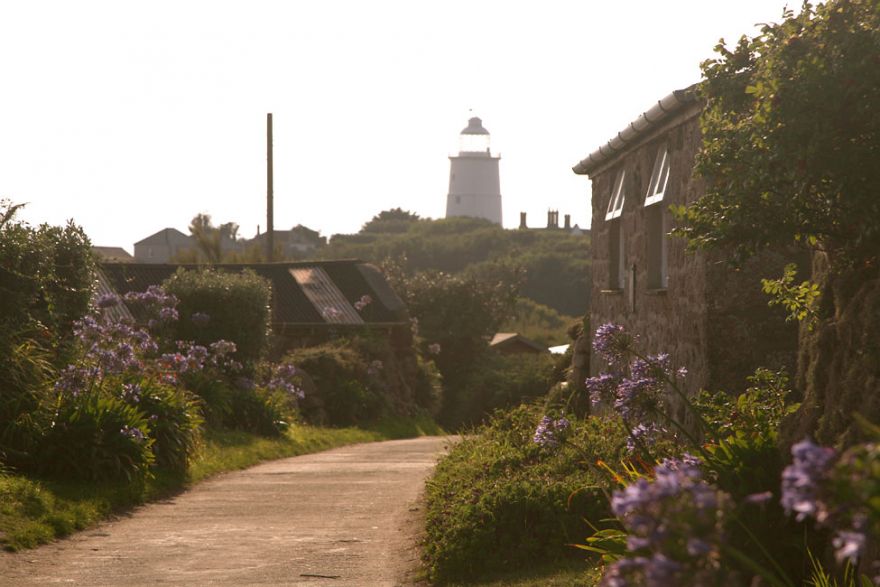 Looking down Old Lane on St Agnes in the Isles of Scilly on a Summer's evening. A little further on is the island's main junction where Old Lane and New Lane join!

The lighthouse dates back to the 17th century and was important due to St Agnes being the most westerly of the inhabited islands. Apparently the then governor of the Scillies objected to it being built as there would be a decline in revenue from shipwrecks!