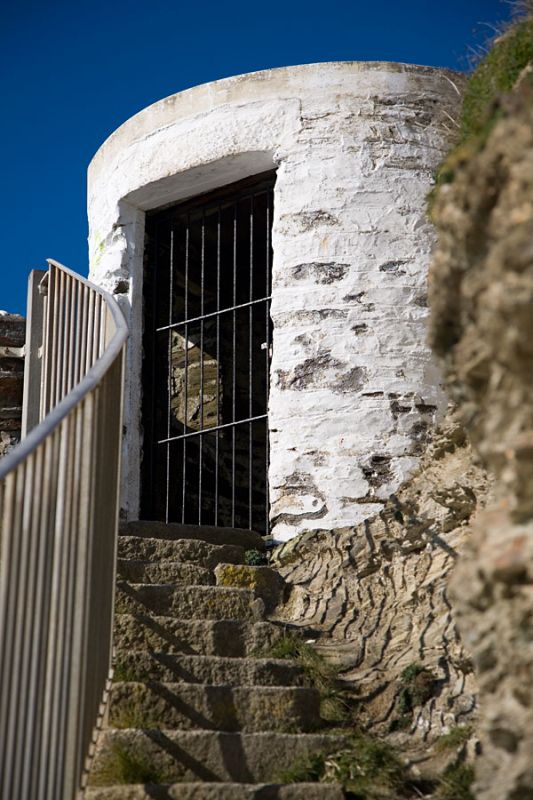 Located towards the harbour entrance at Portreath and set up on a raised section in the cliff side is this small circular hut. Now an iconic part of Portreath harbour the name, 'Dead Man's Hut', belies its darker past.

Initially used as a the harbour master's lookout the hut's official title is the Lower Pilots Lookout. The harbour pilots were stationed here and would signal to ships whether it was safe to enter the harbour. Flags were used during the day and lanterns at night.

The name Dead Man's Hut comes from the days when the lookout would be used as a temporary morgue when bodies were washed ashore or found floating in the sea. This would have been the case in the shipwreck of the Escurial in 1895.