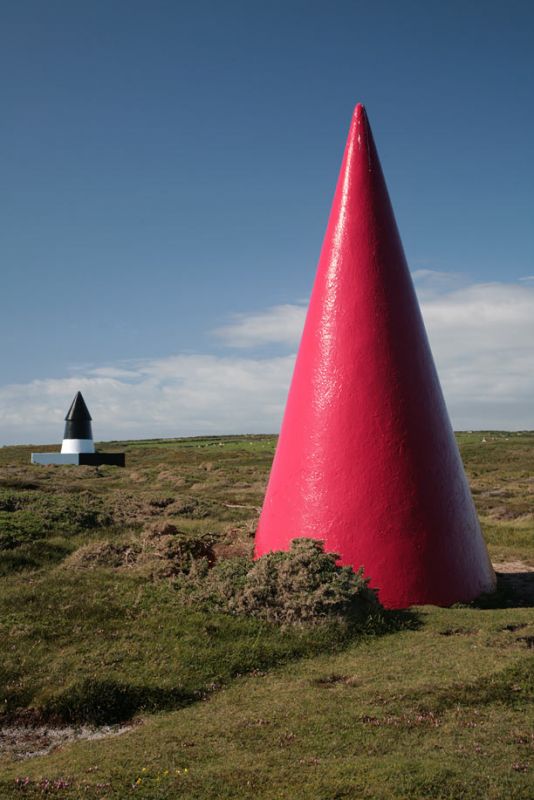 Daymarks on the headland near Gwennap Head between Porthgwarra and Land's End. These daymarks are positioned to warn ships of the Runnel Stone reef which lies around a mile off shore here. If the black and white marker is obscured by the red marker it means the ship is directly inline with submerged rocks.

Over the years the reef claimed many ships. However, the last ship to hit the rocks here took the top off the reef off, making it somewhat safer thereafter!