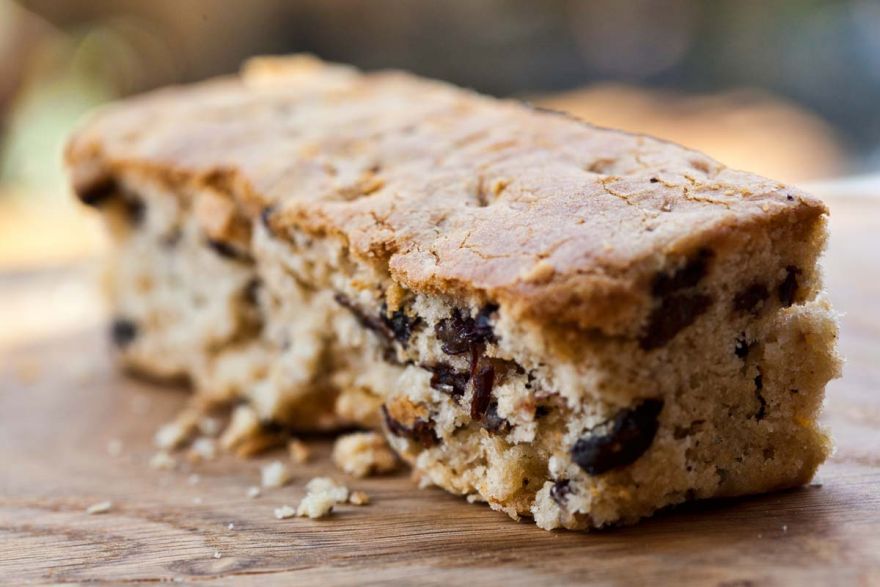 A slice of Cornish heavy cake, or more correctly, hevva cake. Made from a good helping of flour, lard, butter, milk, sugar and raisins this is a traditional Cornish treat.

The name dates back to the heyday of the pilchard industry. It is named after the cry of 'Hevva, hevva!' that went up when a shoal of pilchards were spotted by the 'huer', s man tasked with keeping a lookout from the cliff tops.

It is said that the huer would also bake hevva cake for the fishermen on their return. Traditionally the cake should have a criss-cross pattern scored into the top to represent the fishing nets. I'm not sure if this example from Warrens does!