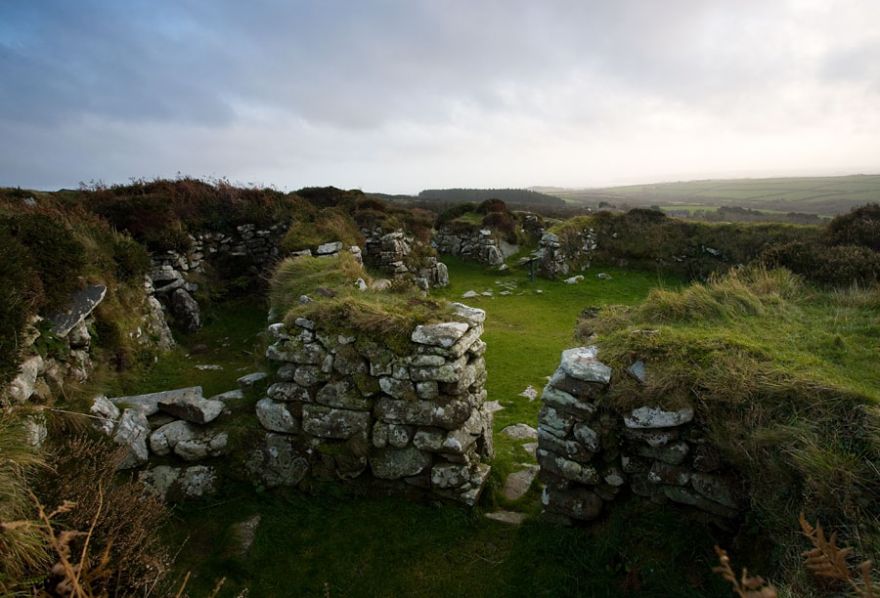 A fine example of a Romano-British courtyard dwelling at Chysauster ancient village near Penzance.

The houses here (8 in total) are all formed of several chambers surrounding a large central courtyard. The chambers would have been covered by a thatch roof, with the courtyard open.