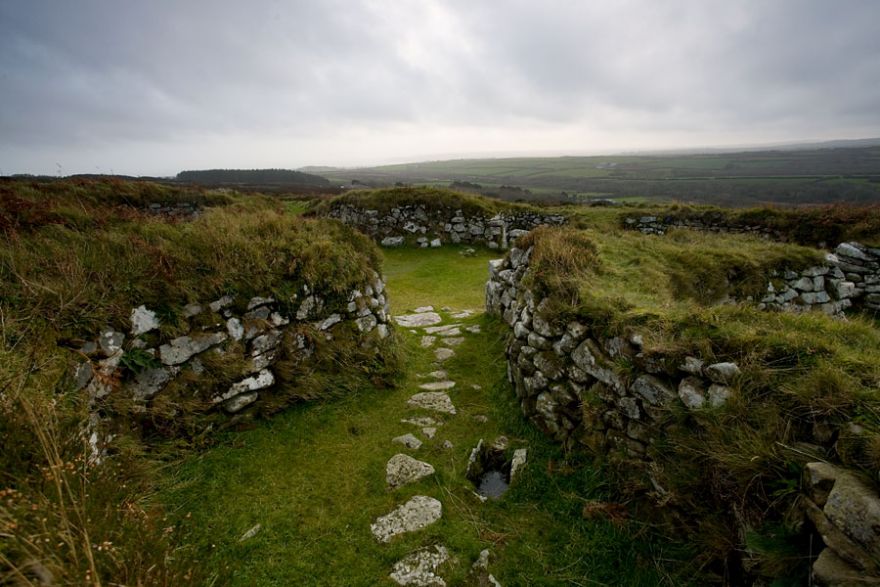 Looking into the 'courtyard' from a room in one of the houses in the ancient settlement of Chysauster, north of Penzance.

The settlement dates back to the Romano-British period, nearly 2,000 years ago. It is one of the best preserved examples of such a village, partly because the houses were built of granite and not earth or other such perishable materials.

There are 8 such courtyard houses in the settlement, all of considerable size and all with several chambers surrounding the central courtyard.