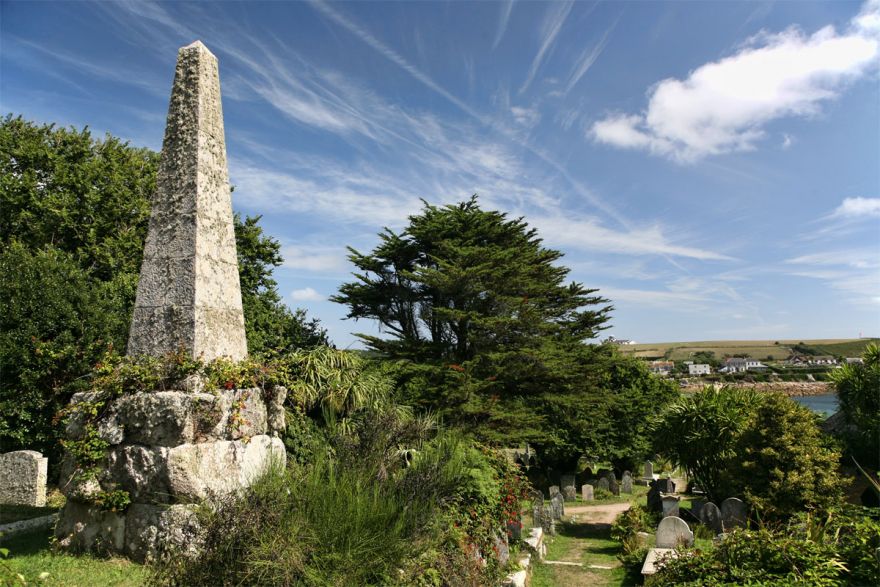 The churchyard of St Mary's Old Church on the Scilly Isles is one of the most beautiful you will find anywhere. In addition it is possibly the most interesting. Not only does it contain the graves of many centuries worth of local families, but those of the victims of several shipwrecks and one former British Prime Minister.

The obelisk to the left of the view is in memory of 23 year old Louise Holzmeister who was lost with around 350 others in the shipwreck of the Schiller. The steamer was heading to Plymouth from New York when she hit the notorious Western Rocks.

Other graves are of those lost in the Scillies Naval Disaster of 1707 when the HMS Association and several other Royal Navy ships were lost.

The grave of 18th century opera sensation Ann Cargill is also here. She died in the shipwreck of the Nancy whilst returning from India.

Most notable of the churchyard's dignitaries is probably Harold Wilson, twice Prime Minister of Britain, who was buried here in 1995.