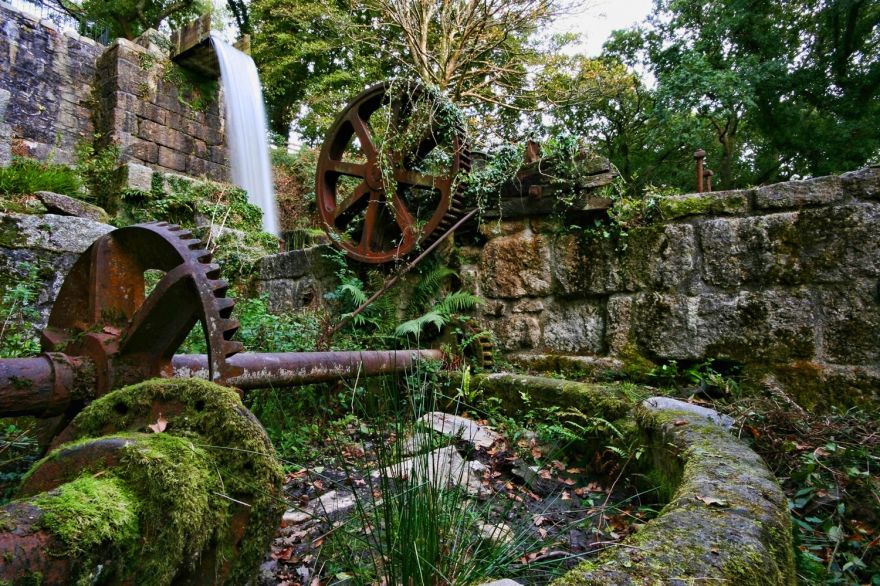 These old abandoned workings are what is left of a once impressive granite water wheel pit. Located at Ponts Mill in the Luxulyan valley these industrial remains were considered important enough to be incorporated into the UNESCO Cornwall and Devon Mining Landscape World Heritage Site.

The power generated by this water wheel was initially was used to pull the mineral laden mine carts from the nearby Fowey Consols mine up the Carmears Incline. In later years the wheel was used to power a china stone grinding mill, the remains of which can be seen on either side of the pit.