Cape Cornwall on a Summer's evening 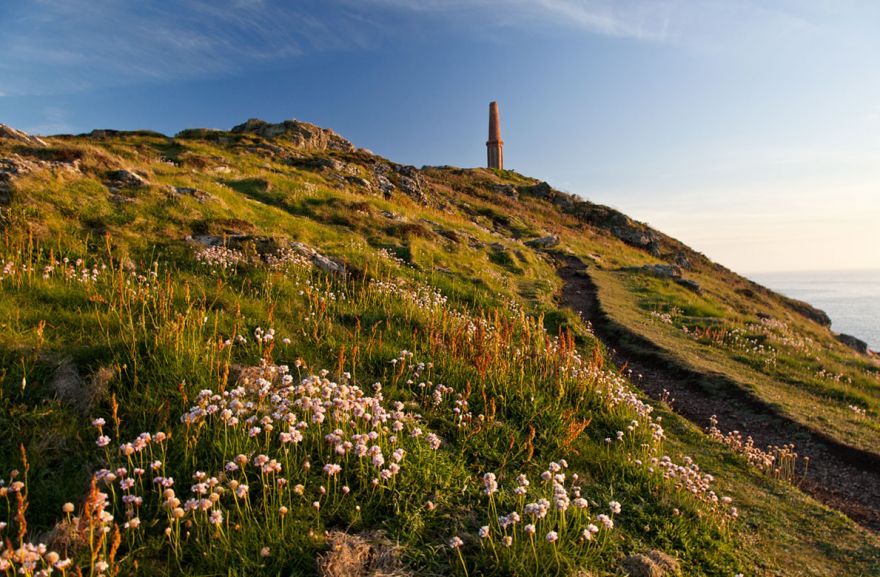 The chimney atop of the cape was part of the Cape Cornwall tin mine which operated between 1838 and 1883. This ornate chimney stack was built in 1864 but was actually a bit of a failure and another one was built further down the hillside.

Fortunately it was left here as it provided a valuable navigation aid to ships. It also makes Cape Cornwall instantly recognisable.