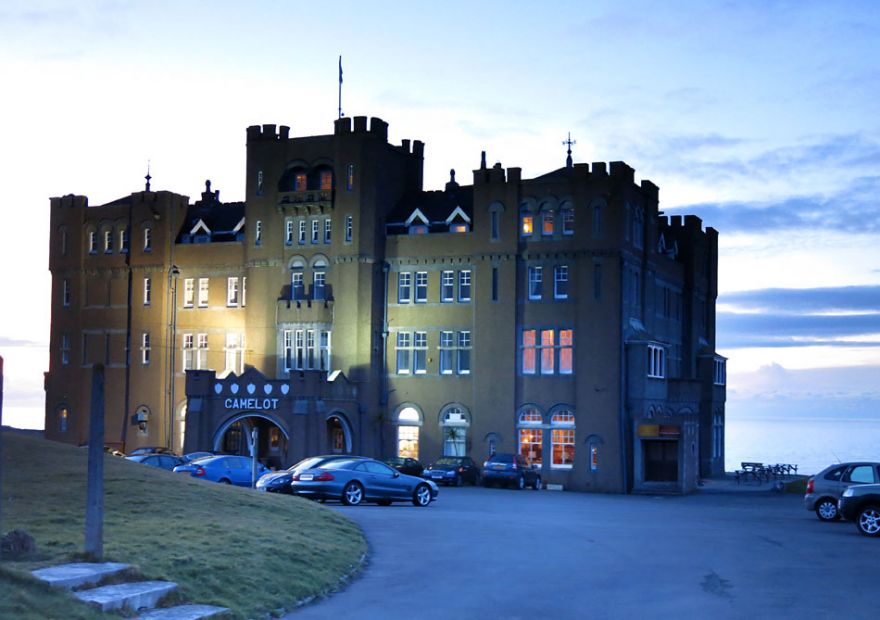 The Camelot Castle Hotel in Tintagel dates back to 1899. It was designed by Cornish architect Silvanus Trevail who also designed the Headland Hotel in Newquay. The hotel was built to order by The King Arthur's Castle Company when the tourism boom had just begun to sweep Cornwall.

The styling is described as baronial Neo-Norman and occupying its cliff top position it can be seen for miles around.

The hotel itself seems to be somewhat of a point of interest - certainly worth looking up on Google!