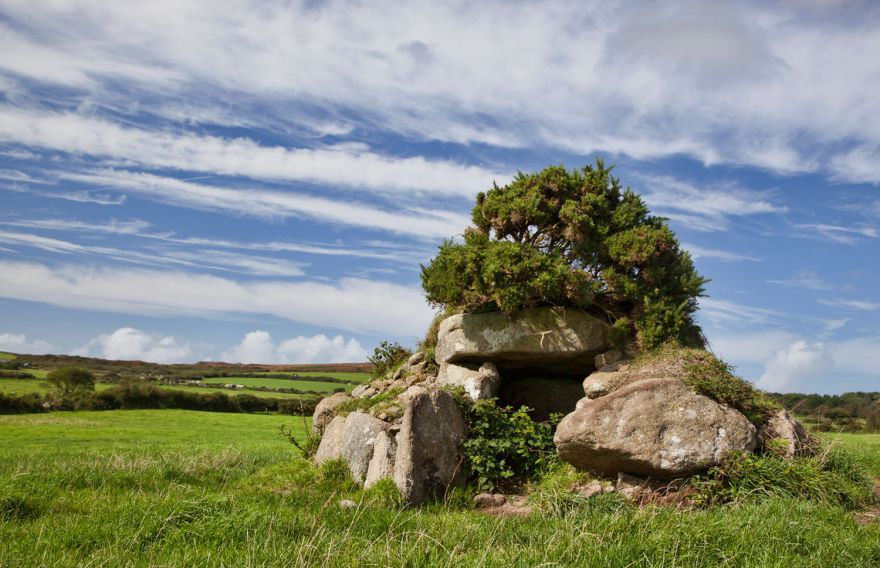 Also known as Chapel Euny Barrow, the entrance grave at Brane is a particularly interesting example of a Neolithic chambered tomb. The barrow is rather strangely situated in an otherwise featureless field. This makes the diminutive mound very easy to spot, particularly as these days it has a large shrub growing out of the top of it.

The site is often described as a Scillonian entrance grave as this type of burial chamber is only found on the Isles of Scilly and the far west of Cornwall. Originally the structure may have been covered over with earth and the entrance would probably have been sealed with a suitably large rock. However, it appears at some point in the dark past this entrance stone has been removed to reveal the chamber. In addition it is thought that a considerable amount of restoration work has been carried out on the tomb over the years.