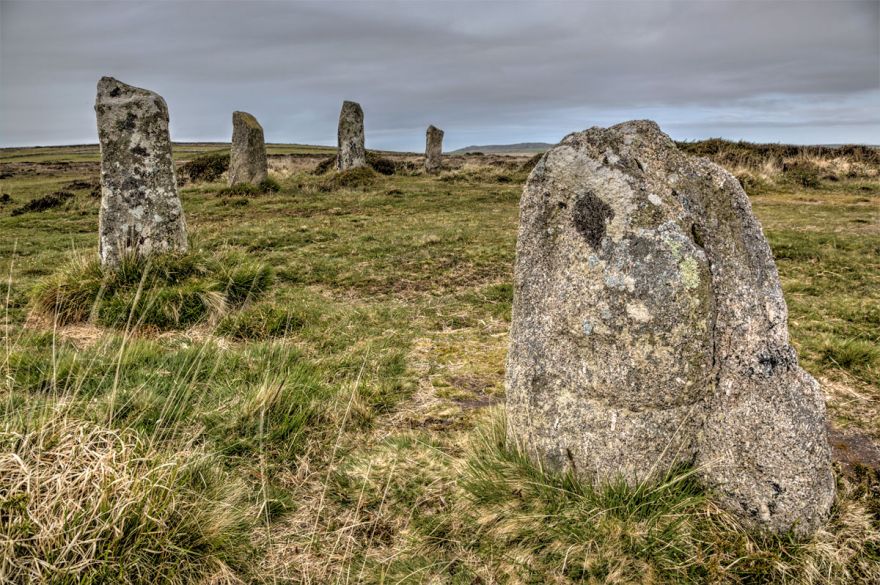 Boskednan stone circle, also known as the Nine Maidens or Nine Stones of Boskednan. This partially restored stone circle consists of eleven stones, two of which have fallen, hence the name.

It is suggested that the circle was originally made up of as many as 22 stones. The spacing between existing stones would certainly support this as would W.C. Borlase's notes from the 17th century when he reported 19 stones.

From this view you can maybe see the stones are around a metre in height except the three in the background which are considerably taller. Interestingly these taller stones line up with Carn Galva, the highest point on the West Cornwall moors. It would be likely that this had some significance.

This whole area is dotted with burial mounds and a stones along with at least one barrow. Over the years they have been greatly pillaged for the stone but this area must once have had a strong ceremonial significance.