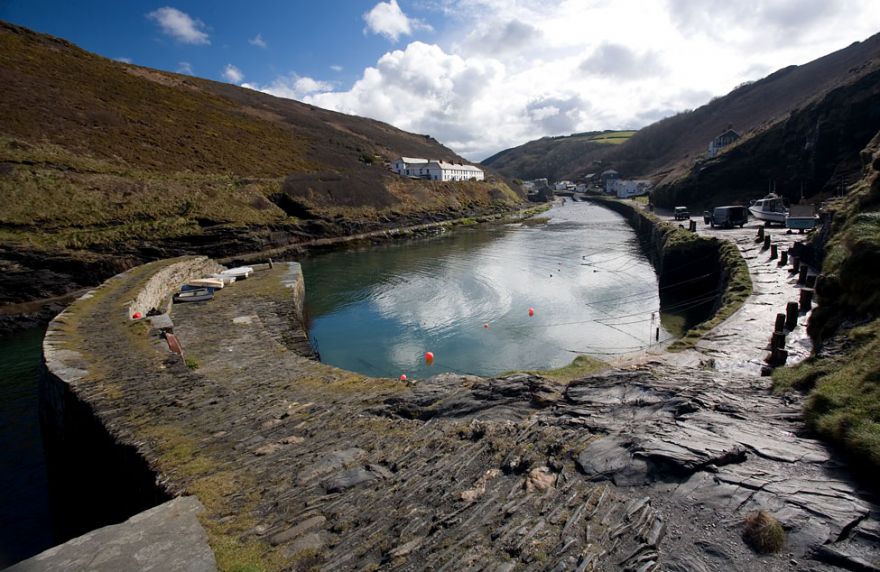 Looking over the harbour wall and up the Valency valley in Boscastle. The quayside here dates back to Elizabethan times with the village's importance as a port being due to there being no other safe havens for 20 miles up and down the coast. The harbour wall itself dates back to the 1580s and was built by Sir Richard Grenville. In its heyday there was much more than fishing going on here, limestone and coal were imported from Wales, slate and other local produce were exported.

Now-a-days this generally a very peaceful spot with much of the harbour and surrounds owned by the National Trust.