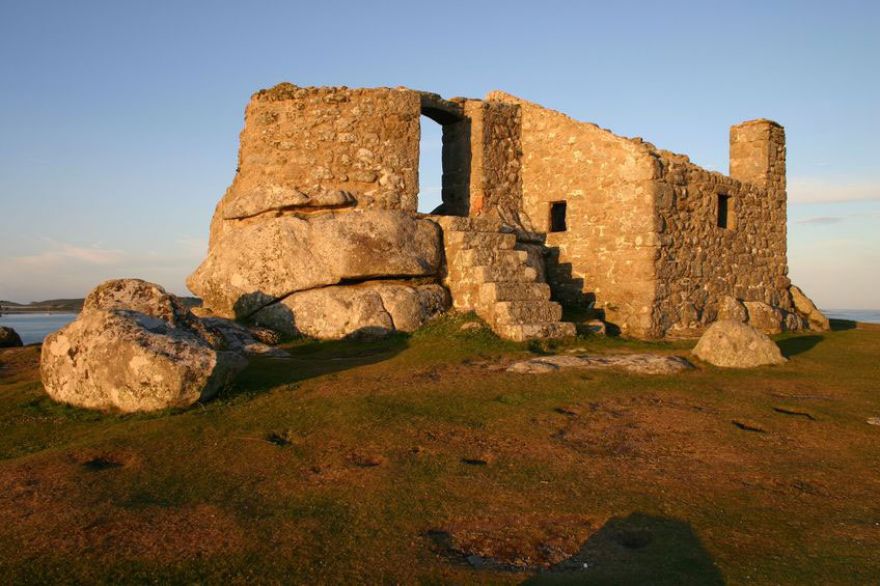 The Old Block House on Tresco in the Isles of Scilly. This fortification was built in the reign of Edward VI after his predecessor, Henry VIII had fortified much of the coast on the mainland against the French. Dating back to around 1550 the Scilly fortifications were never complete as the government ran out of money.

Built overlooking Old Grimsby harbour the blockhouse would have been intended to house a chain which could be pulled across the channel to prevent ships entering.