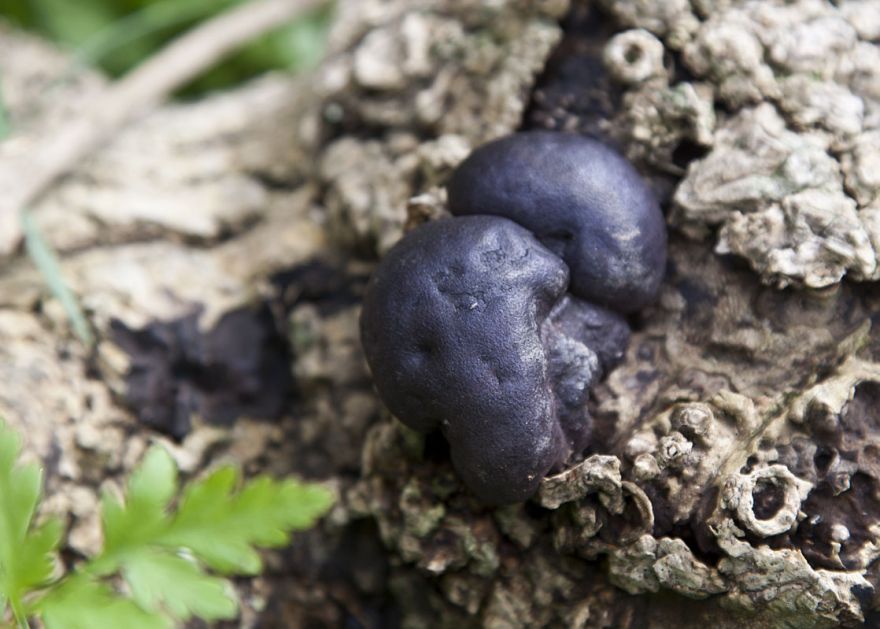 This black fungus is commonly known as King Alfred's Cake on account of it resembling the finished product of that king's famous culinary endeavours.

They are also known as cramp balls and coal fungus but their proper name is Daldinia concentrica.

Commonly found on dead and decaying wood this fungi is not edible but apparently burns like charcoal when dried out.