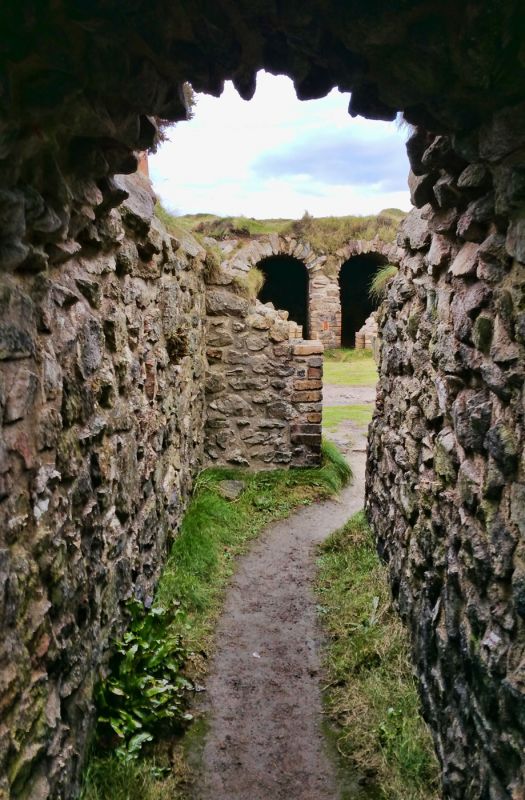 View from inside the arsenic labyrinth at Botallack Mine.

Built in 1906, these chambers were used to collect the deadly poison which was a byproduct of the tin production process. The tin ore was heated in the large oven-like calciner to separate the tin. During this process arsenic and sulphur fumes were given off. These were drawn through tunnels in to the arsenic labyrinth and then out of the tall chimney stack next to the complex.

When operating the chambers were closed off with iron doors and the temperature inside would reach 600 degrees centigrade. After cooling mine workers would go in and scrape the grey/white arsenic powder of the walls and collect it. Safety equipment included cotton wool nose plugs, handkerchiefs for breathing through and arms smeared with clay. (a teaspoon of pure arsenic can kill 6 men!)