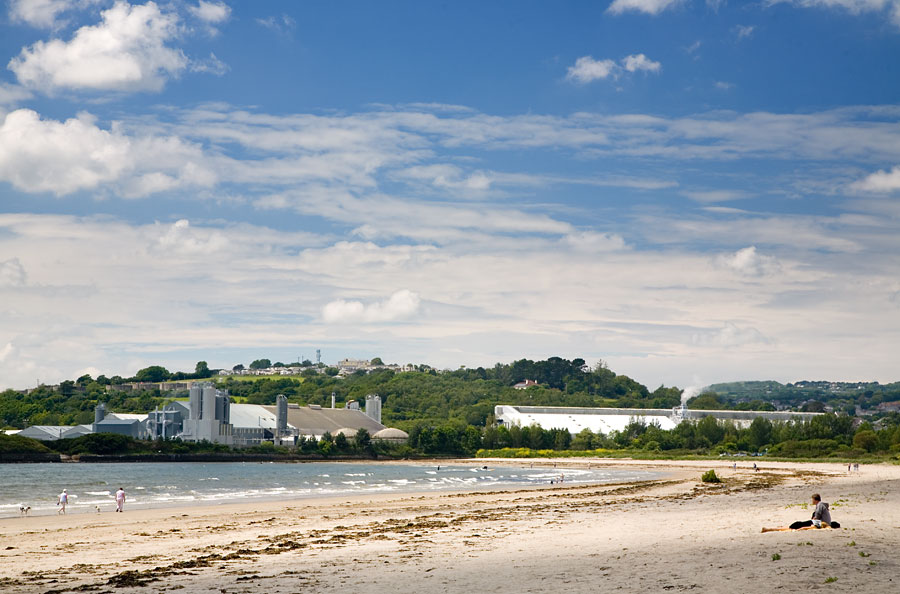 Located on the south coast at the edge of 'clay country' is Par. The town's extensive docks were built in the 19th century and still serve to export china clay, mainly for use in papermaking. It is no coincidence that railway lines reach here too, and an illuminating insight into the local quarrying and mining industry over the last 200 years can be found at the Wheal Martyn Museum near St Austell.

At the western end of Par's sandy beach the industrial buildings connected to the dock are somewhat incongruous, but in general it's a pleasant, family-friendly beach. The village is also only 2 miles from the now internationally famed Eden Project, which is easily reached on foot via the lush greenery of the Luxulyan valley. Staff at the Royal Inn will show you the way.

Between Par and Fowey is the charming, and unusually verdant, Gribbin peninsula with its red and white striped beacon and commanding views of the adjoining coastline. The small cove of Polkerris is perhaps now more familiar to beach lovers than fishermen, though the village itself remains fairly unchanged. The Rashleigh Arms inn here takes its name from a local landowner in whose house Daphne du Maurier spent time and set her novel, Rebecca.