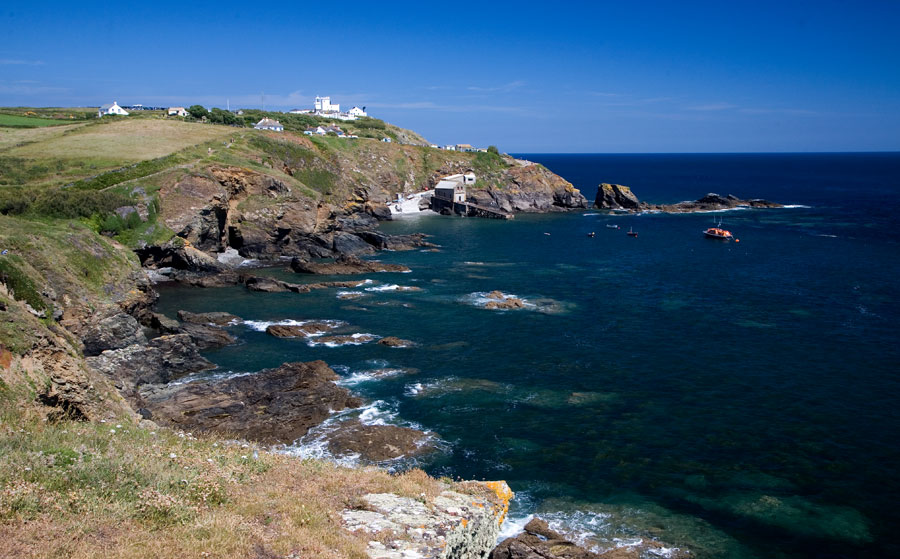 Lizard Town, also known as Lizard Village and The Lizard, is the closest settlement to the Lizard Point, the most southerly point in Britain.

Lizard Town, while not particularly charming architecturally, has a real community atmopshere and an excellent pasty shop. Lizard Point is an easy walk from the village green, as is Landewednack parish church, the lifeboat station, a collapsed sea cave known as the Lion's Den, a restored Marconi workshop and the Lizard lighthouse, whose beam has a range of twenty nine miles.

Lizard Town is the hub of a cottage industry that converts locally quarried Serpentine stone into attractive ornaments. The town is located at the centre of the largest outcrop of Serpentine rock in Britain, which spans twenty square miles. Serpentine rock, which is marble-like in appearance, is now known to be part of the Earth's mantle, pushed onto the evolving Cornish mainland at the front of an advancing continent. The actual junction between the Earth's crust and mantle can be clearly seen on the foreshore at Coverack, a few miles away. Lizard Town is well equipped with shops and services and makes a great base from which to explore the Lizard peninsula.