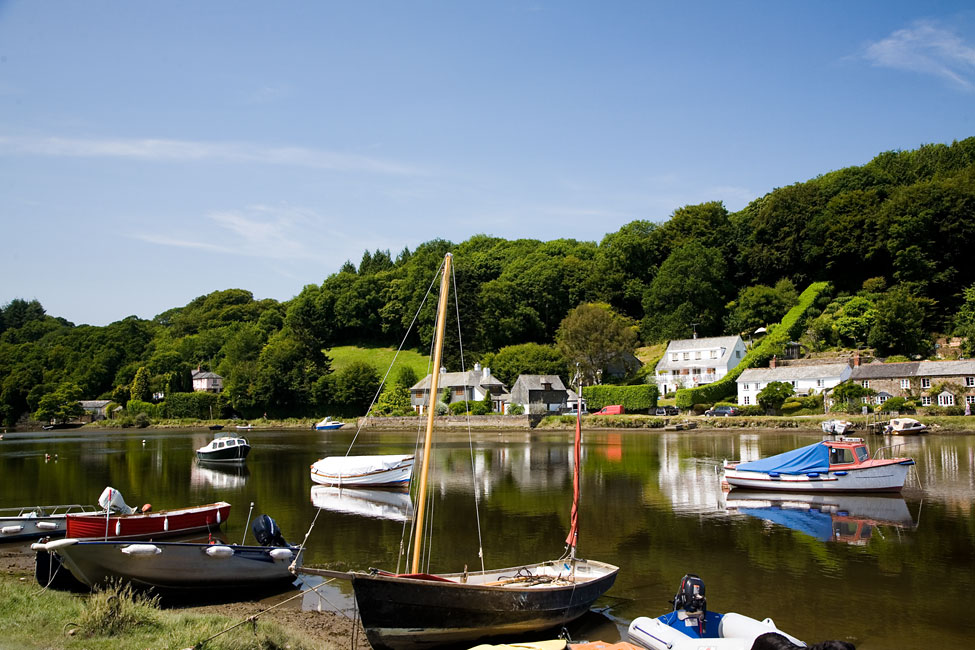 On the east bank of the River Fowey, Lerryn Creek is home to many birds and the pretty ruin of a mill, the last to function on a site which had seen mills for the previous 700 years. Situated in a valley, walks around here take you through woodland and farmland and alongside the river said to have inspired Kenneth Graham in his writing of Tales of the Riverbank. Those who prefer to explore on horseback may want to visit the award winning stables at nearby St Veep.

Lerryn village has a local Port Office and stores and a pub, the Ship Inn. This ivy clad hostelry has existed since the 16th century and offers accommodation and food. Lerryn is separated by the tidal creek which, at low water, exposes stepping stones uniting the two sides of the village, though the old stone bridge which carries the road is the normal way to cross. Each winter the water here comes alive with local teams competing in the Seagull Race, involving strapping a low-powered Seagull outboard motor to anything that will float and racing to raise money for the local RNLI.

The nearby church of St Winnow, as seen in the Poldark films, is set beautifully next to the river.