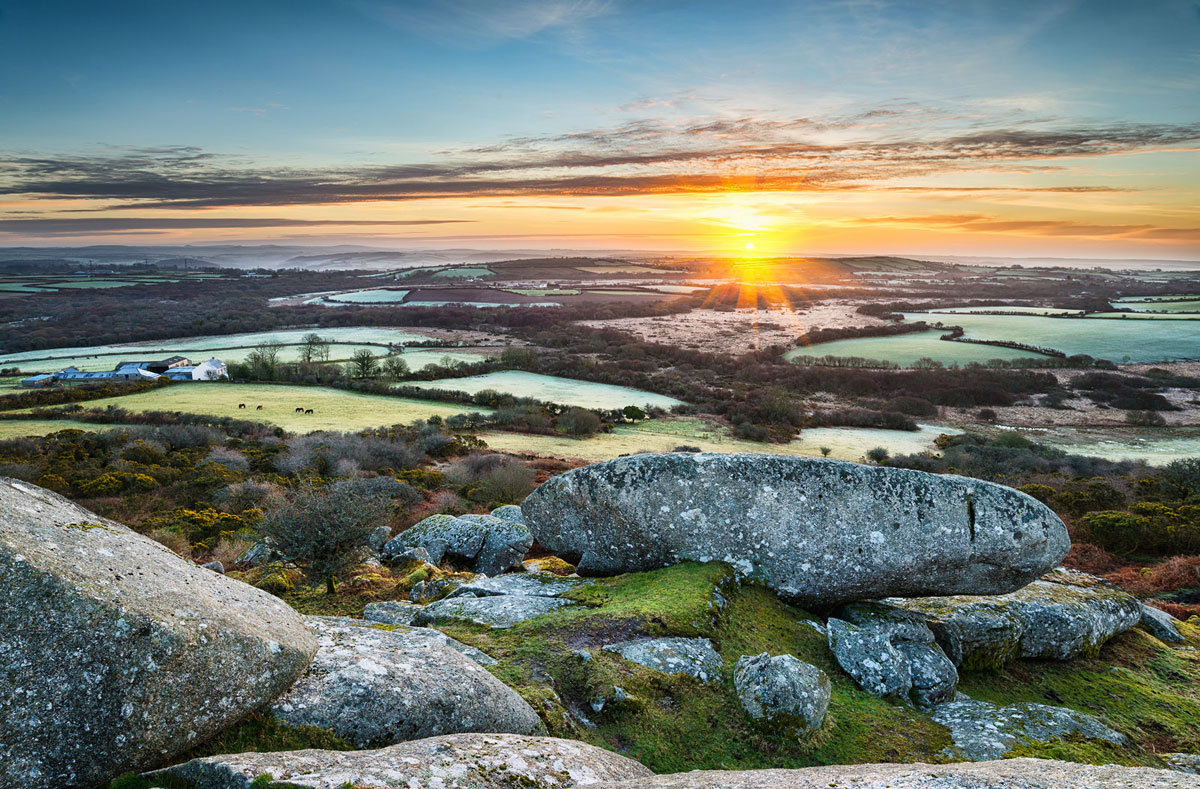 Situated on the ancient Saints' Way, Lanlivery church situated high on a hill can be seen for miles around. The Saints' Way is a coast to coast walk between Padstow and Fowey, following river valleys which would have been used as a shorter alternative route to rounding Land's End by pilgrims and traders alike. Until they silted up, as a result of heavy industrial activity, the Camel and Fowey rivers would have almost met in the middle long ago. Perhaps its position on this route explains why St Brevita's is a remarkably large granite church, considering the size of the village itself, with a tall tower.

In this moorland parish, The Crown Inn, the local pub, is a well-kept 12th century long house and offers reputable food. The holiday centre Churchtown here is specifically for people with physical and learning disabilities of all ages.
Surrounding countryside towards Bodmin includes the Helman Tor Nature Reserve, a wetland area which contains the remains of a Neolithic hill settlement. In the other direction towards St Austell is the beautiful Luxulyan Valley and the Treffry Viaduct built by a local mine owner in the 19th century to carry an industrial railway line.