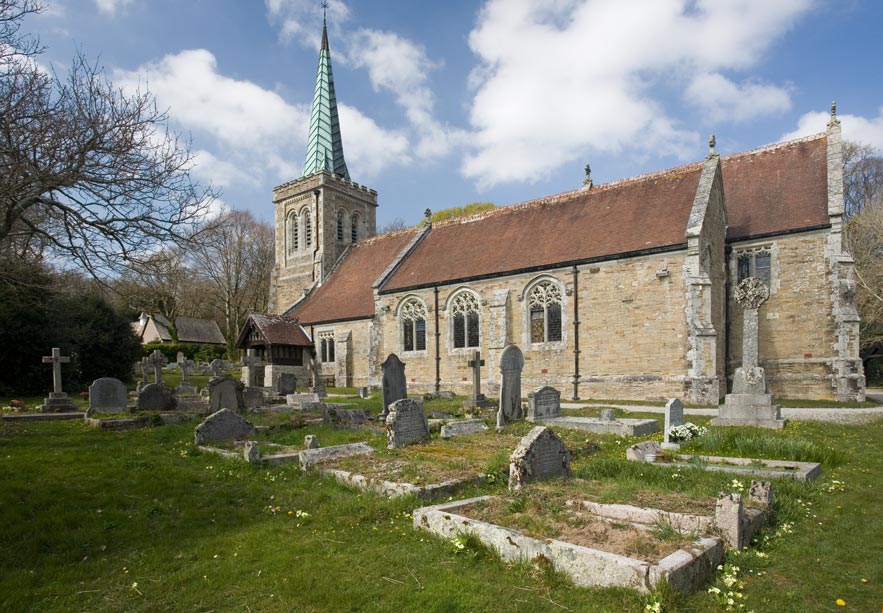 Kea is a village and parish located a few miles south of Truro. It is bounded on the east by the River Fal and on the north by Calenick Creek. The parish is named after an Irish saint who is reputed to have floated over from Ireland on a granite boulder and landed where Old Kea Church once stood. All that remains of Old Kea church today is a ruined Medieval tower, although a small chapel has been built beside it and services take place twice a month.

All Hallows Church became the new parish church when it was consecrated in 1896. This large, scattered parish was once an important mining centre although it has now reverted almost entirely to agriculture and is particularly well-known for giving its name to the Kea plum, a type of damson. Aside from mining, past industries included oyster dredging and 'barking' oak trees to make resin for the leather industry. There are two fairly grand eighteenth century houses at Killiow and Calenick, with the latter containing the remains of a much older building. Close by is the village of Come-to-Good with its historic cob and straw thatch Quaker meeting house.