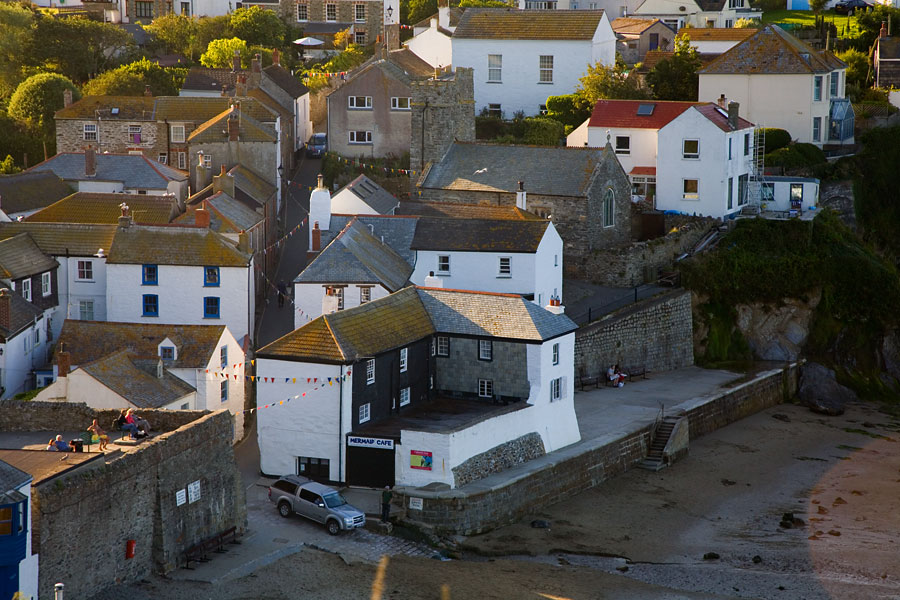 Gorran Haven sits west of Mevagissey towards the dramatic Dodman Point. Traditionally a small fishing village, it remains much unchanged. Good fishing can be had from the little harbour which protects the sandy beach, providing safe bathing. The late Tudor style church is from the 15th century. The Llawnroc Inn has superb sea views.

The Dodman headland is one of the most prominent in the county and served as a lookout point during the Napoleonic wars. A watch house from the period still stands there. Of a much earlier period, the remains of a defensive earthwork from the Iron Age are still visible. Its ditches and banks are over 5 metres high in some places.

Gorran Churchtown is just inland and centres around the 16th century church of St Goran, in which there is an interestingly carved oak chair.

Just west of here, Gothic styled Caerhays Castle was designed and built in the early 1800s by John Nash, the man famed for creating Brighton Pavilion. Its gardens are famous for award winning magnolias and open to the public and Porthluney beach is sandy with a café and decent parking.

Also nearby are the famous Lost Gardens of Heligan which were lovingly restored to their former glory after lying uncared for and forgotten for over seven decades.