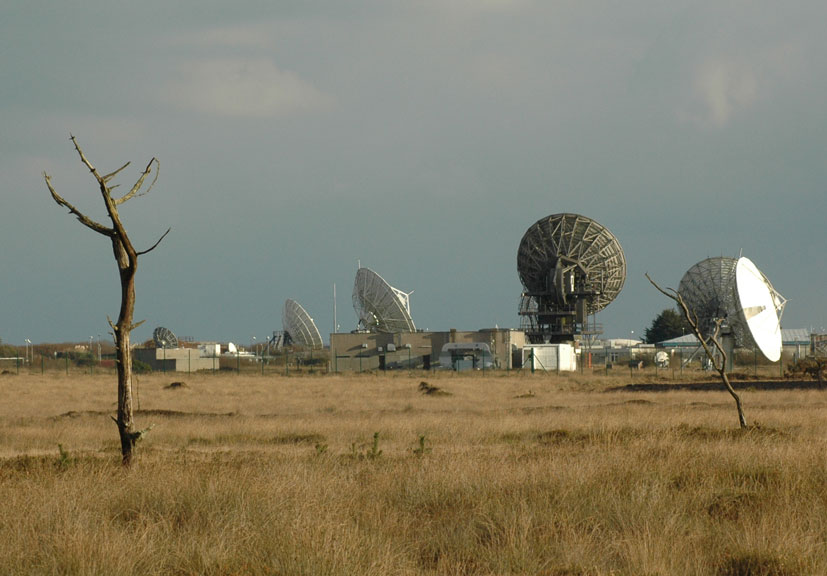 Goonhilly Downs are located on the Lizard Peninsula just south of Helston and close to the Culdrose naval air station.

The downs, most of which are an SSSI, are composed of sparse heathland based on underlying Serpentine geology. Many rare plants are found here including Cornish Heath, chosen as the county flower. The site is also home to the Goonhilly Satellite Earth Station, the largest of its kind in the world. Goonhilly Downs were chosen by the General Post Office (GPO) to house its experimental satelllite communication ground station because of the low horizon, firm rock base and lack of industrial interference. On 11th January 1962 the first inter-continental picture was flashed across the Atlantic from Goonhilly by way of the artificial satellite Telstar. One hundred thousand people visit the Earth Station, which is powered by a nearby wind farm, every year. The iconic satellite dishes can be seen for miles, dominating the west coast of the Lizard.

Two miles north of the earth station is another SSSI and nature reserve, Predannack Downs, which is owned and managed by the Cornwall Wildlife Trust. This is an area of prime Cornish heathland with ponds, willow fern, adders and stonechats, early Bronze Age barrows, several ancient turf hut circles and the remains of World War Two buildings. On the southern edge of the Earth Station is a Menhir that dates back to around 1000 BC.