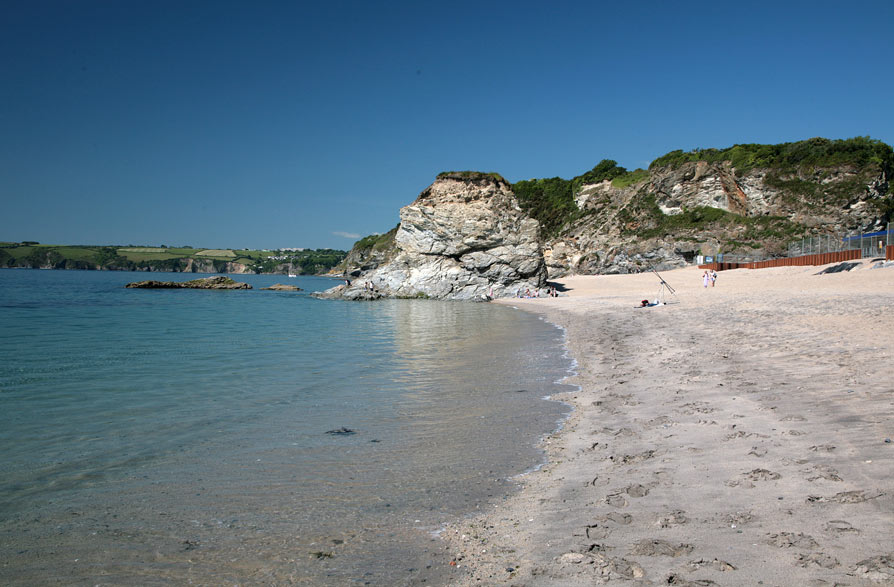 Carlyon Bay is located just two miles from St Austell, in the heart of 'DuMaurier country'. It consists of three beaches, Crinnis, Shorthorn and Polgaver, which are surrounded by low cliffs.

Carlyon Bay was once an important centre for the local mining industry and the beaches were formed quite recently, largely out of deposits from the china clay industry.

Carlyon Bay was once home to the Cornwall Coliseum, a music venue that in it's glory days hosted WOMAD as well as artists like Elton John, The Who and Paul Mcartney. The coliseum was demolished in 1991 to make way for a controversial £100 million scheme to build five hundred new holiday apartments. The scheme, which is the most significant private investment ever in Cornwall, was brought to a halt halted by local pressure groups, concerned about the potential impact of the development on the environment and local communities. A fresh planning application is to be submitted to Cornwall County Council in Autumn 2010.

The cliffs above Carlyon bay are home to a golf course through which runs the South West Coast Path. The middle of the three beaches, Shorthorn, has been named by the Cornwall Wildlife Trust as a site of national importance.