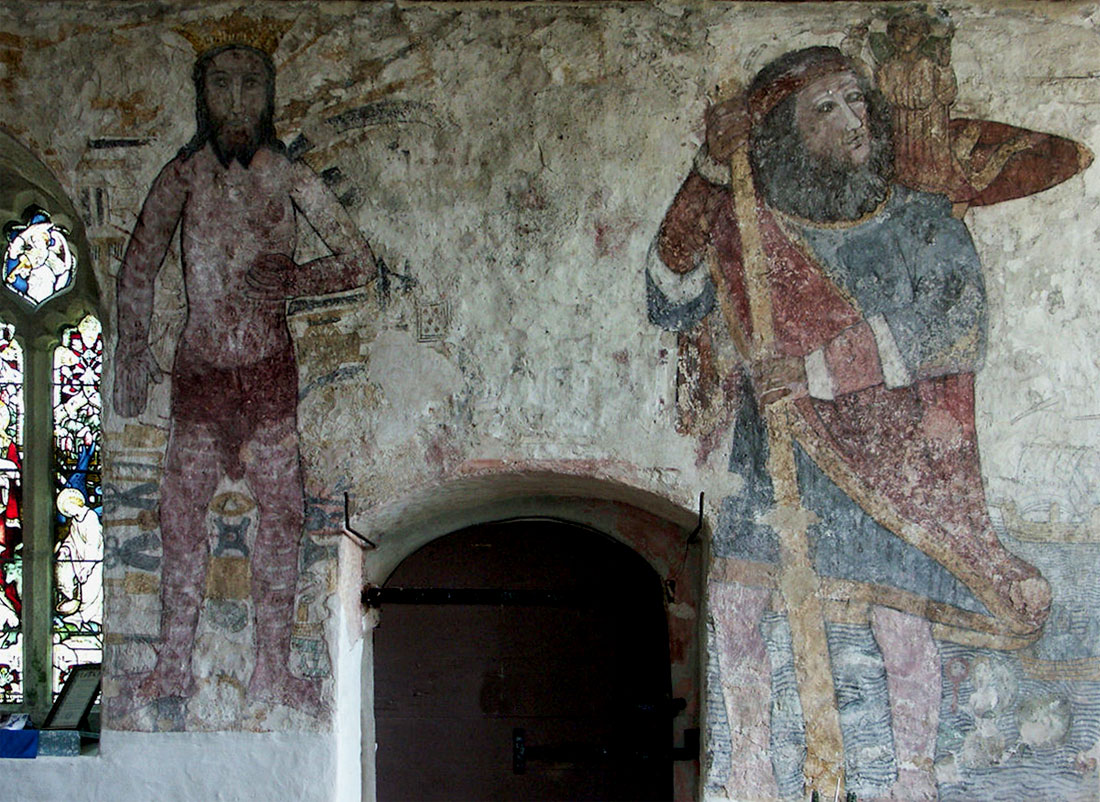 Breage was originally called St Breock-in-Kirrier (Kerrier), St Breaca or St Briack after the female saint who was said to be the sister of St Germoe (of nearby Germoe). A church was established around the time Breaca arrived in the 5th century, although the current church dates back to 1466. Whilst the granite exterior of the church is fairly unremarkable there are a series of mediaeval wall paintings which were only discovered relatively recently - they had been continuously painted over up until the 1950s.

The village is overlooked by Tregonning Hill, which at 596 feet is one of the highest points in the area. On the top of the hill are the remains of a large Iron Age fort, one of the largest of the kind in Cornwall in fact.
The hill also has quite an industrial herritage - it is where William Cookworthy discovered china clay in the mid 18th century and was worked on a small scale for a number of years. China clay is formed from talc in a certain type of granite when it decays.

The village was in its prime during the mining boom of the mid 1800s when more than 6,000 people lived here. Now-a-days the number is around half that.